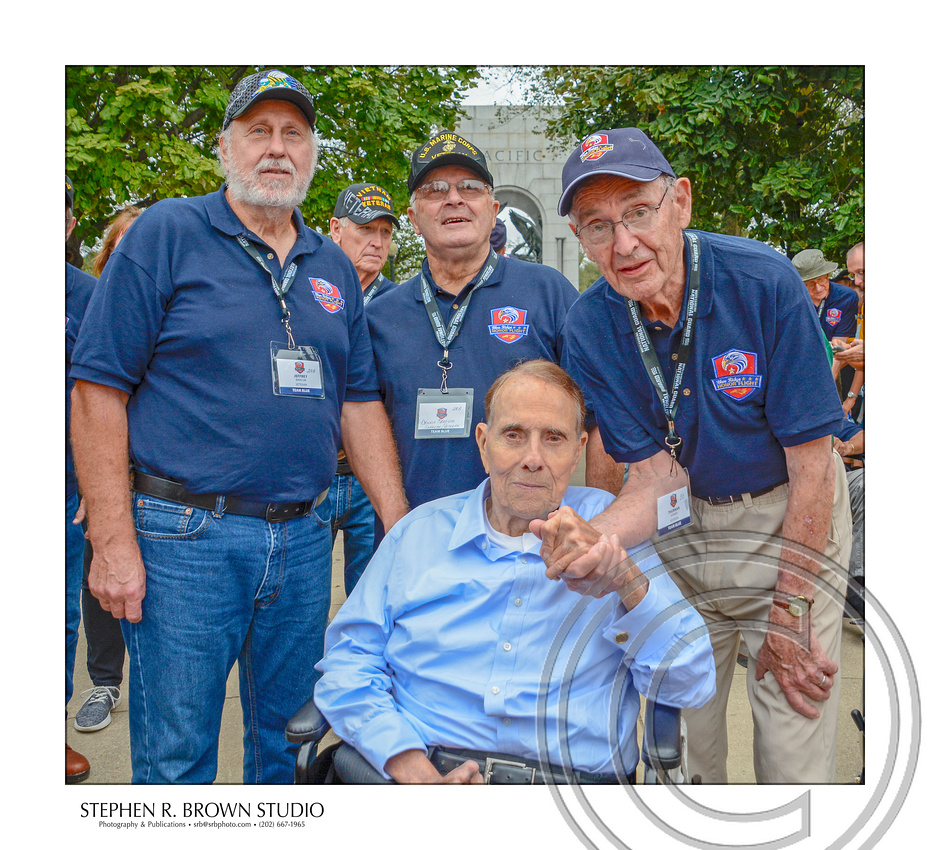 Senator Bob Dole (above right)  has taken on a new role - Chair of the Honor Flight Association Ambassadors Program.

On a zoom interview, Senator Dole expressed his happiness accepting this new endeavor. “Honor Flight is a great program and I understand it’s going to be continued next year. Maybe I’ll be able to go down for one flight to say goodbye.”

I promise to be there!

For years, Senator Dole has been at the World War Two Memorial greeting Veterans who come to visit aboard an Honor Flight. The organization brings 20,000 Veterans a year at no cost to the Veterans to the World War 2 Memorial. Dole shared with me he so enjoys greeting the Veterans.

"Shaking their hands, getting his picture taken with them, and sharing stories about their service."