Too many hubs to plan anything so I decided to motorcycle around the Mall to see how many hubs I could catch.  A bit random but it worked out nicely.  At the WWII Memorial I found Dave Nichols aka: "Sparky" and Keith Gentry.  The BWI Brownies had just escorted the Long Island hub from BWI to the WWII Memorial.  The Brownies have escorted hundreds of hubs to the Memorials and routinely greet them around the Mall. 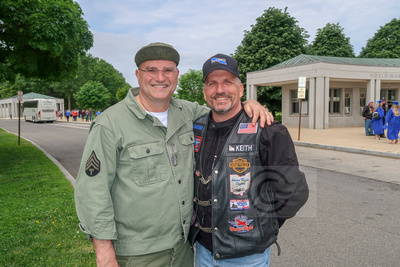 Next, Korea where I found Stars and Stripes forming up for a group picture. As usual, they had two groups of five buses alternating around the Mall. Amidst the crowds and chaos and wailing sirens, Paula Nelson remains unflappable. Stars and Stripes has always been of the "go big or go home" approach and she carries on the tradition. 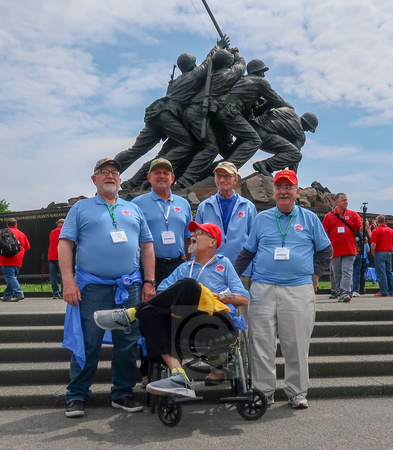 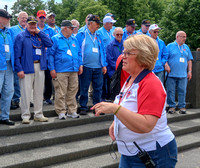 I followed Stars and Stripes to the Air Force Memorial, took a few images and then... 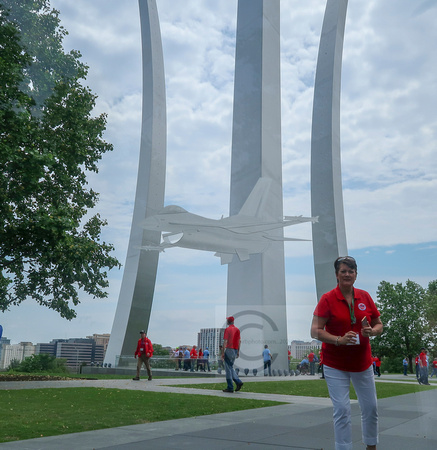 ...over to the Vietnam Memorial where I found Ron Newsum of Brushy Creek Area Honor Flight (Eastern Iowa) and his veterans.  The switch to Korea and in particular Vietnam has been an easy one and as most of the veterans are around my age, we always end up chatting for a good while. I was at the Wall the day it opened and slept on top of the Wall to secure my position.  That photo is in DC PHOTO BOOK. 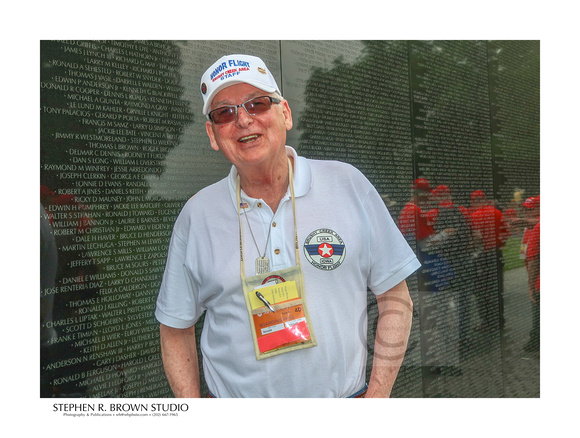 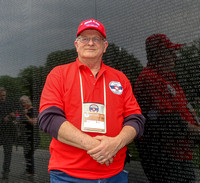 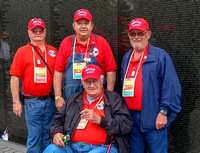 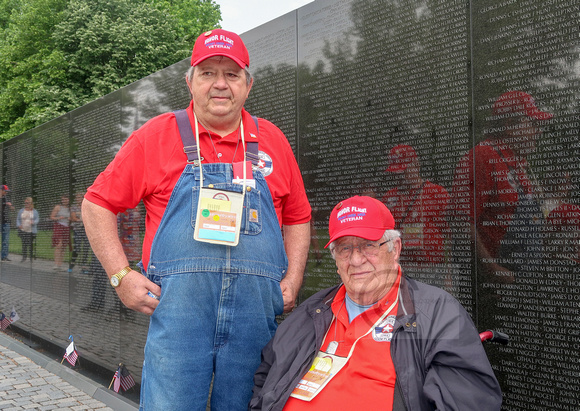 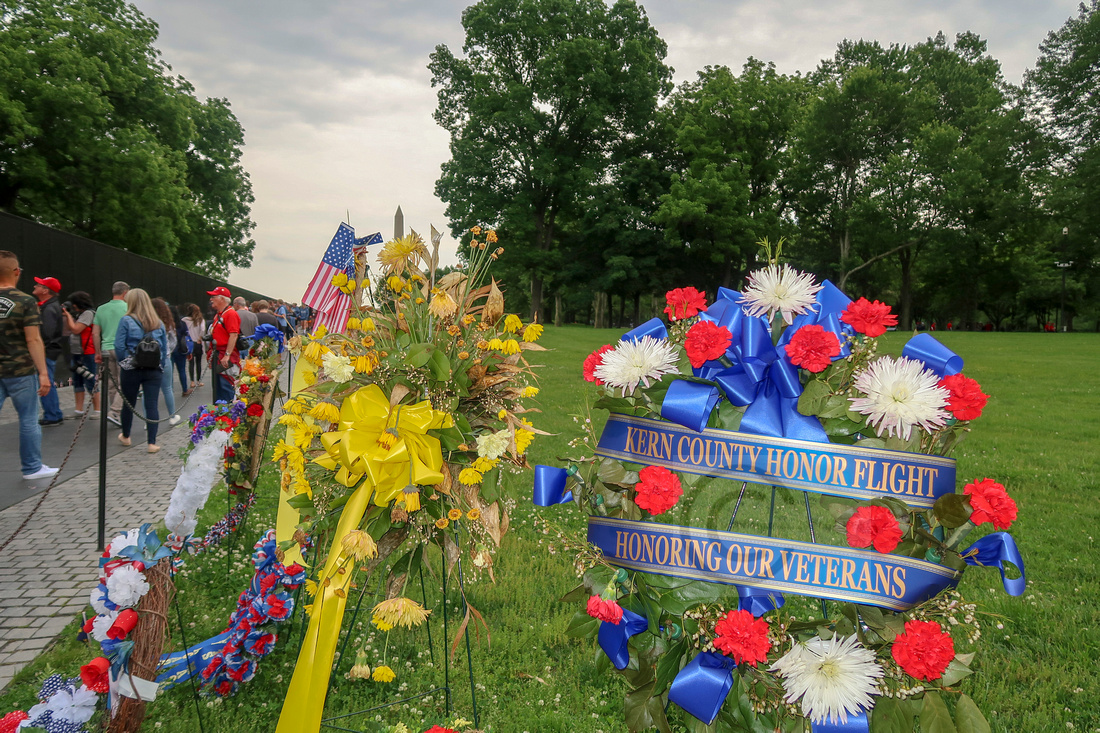 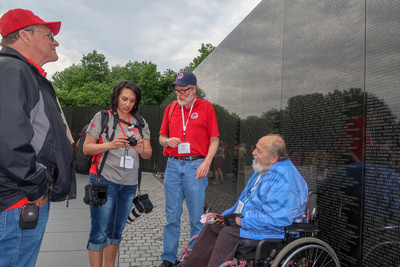 The roster called for seven of the flights to converge on the WWII Memorial in the afternoon. I arrived to find Stars and Stripes Alpha team already there with good friend Jody Baber Mclain of Badger Honor Flight pushing a chair to help out. She is pictured with C. Patrick McCourt who works with the "Allied Airmen's Preservation Alliance" as a greeter.  He is a "frequent flier" at the Memorial. 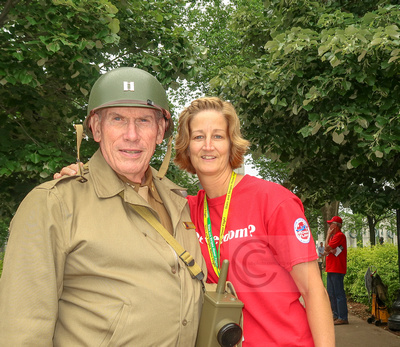 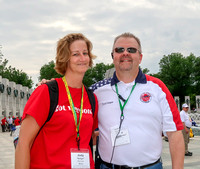 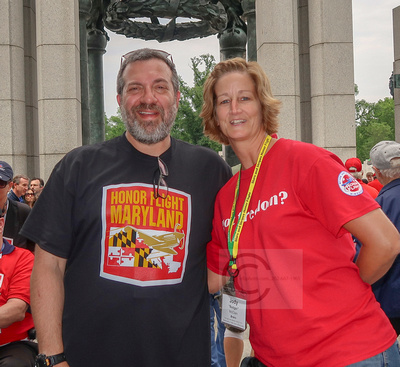 Jon Yuspa and Jody McLainJohn has started a new hub in his home state of Maryland.

While chatting with Jody, I mentioned that I thought the hubs were crowding each other at the WWII Memorial in the afternoon.  Turns out as most of these veterans were Korea/Vietnam, all the hubs had chosen to concentrate on Korea and Vietnam in the AM while the vets were fresh. 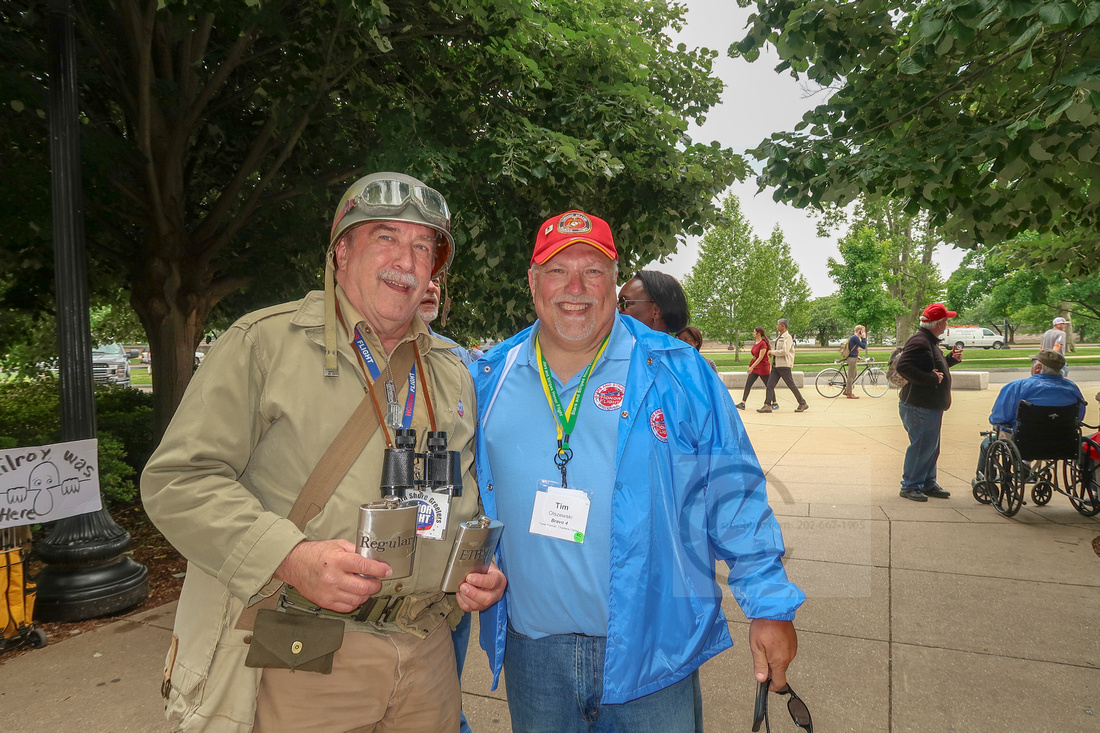 john liszewski with a Stars and Stripes VeteranWWII Memorial

After that, I had the opportunity to take a walk aound the Memorial with Leatherstocking Honor Flight's Jim and Barbara Furlong. 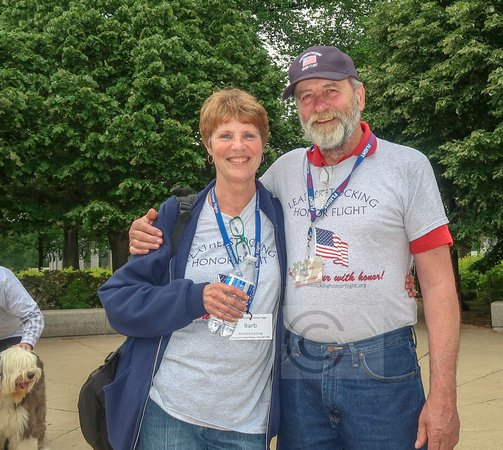 As we were strolling around, we met a veteran who was having an emotional time of it and Barbara seemed to know when to hug him and settle him down. While Honor Flight makes no claim to healing, a nice hug at the right time might be just the thing! 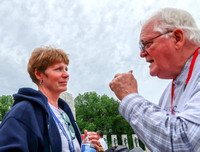 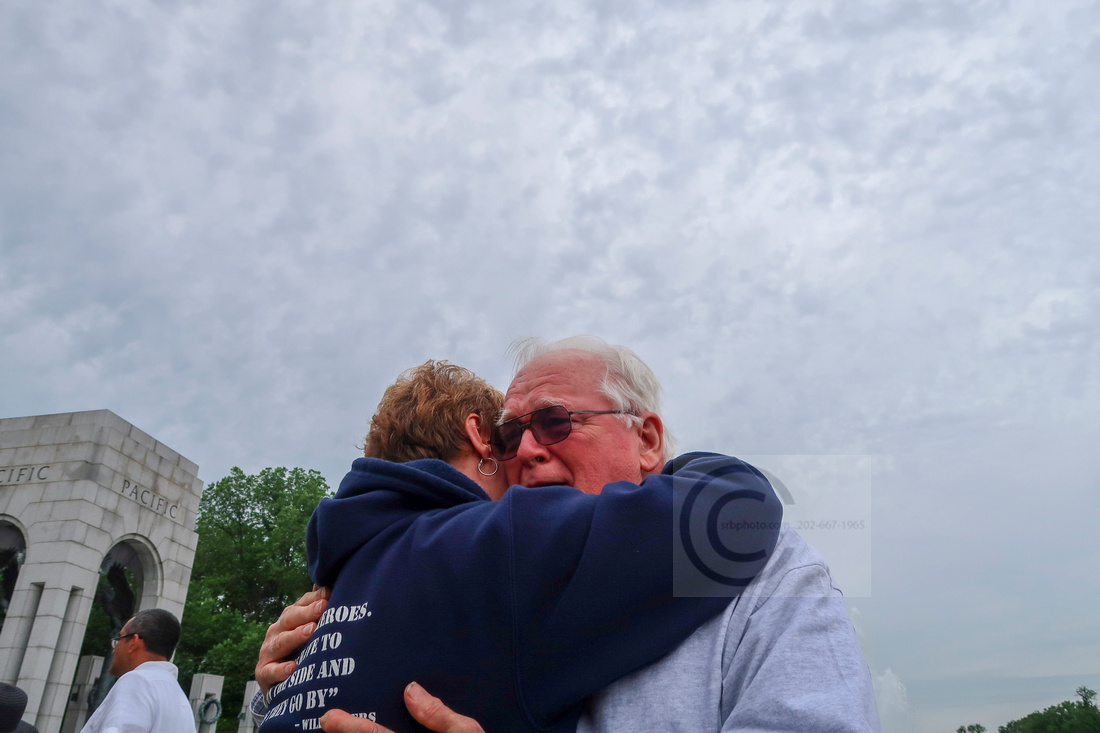 A hug at the right time

I have been doing Leatherstocking's photo for years and since they decided to do it at the Lincoln, I hopped on the bus. 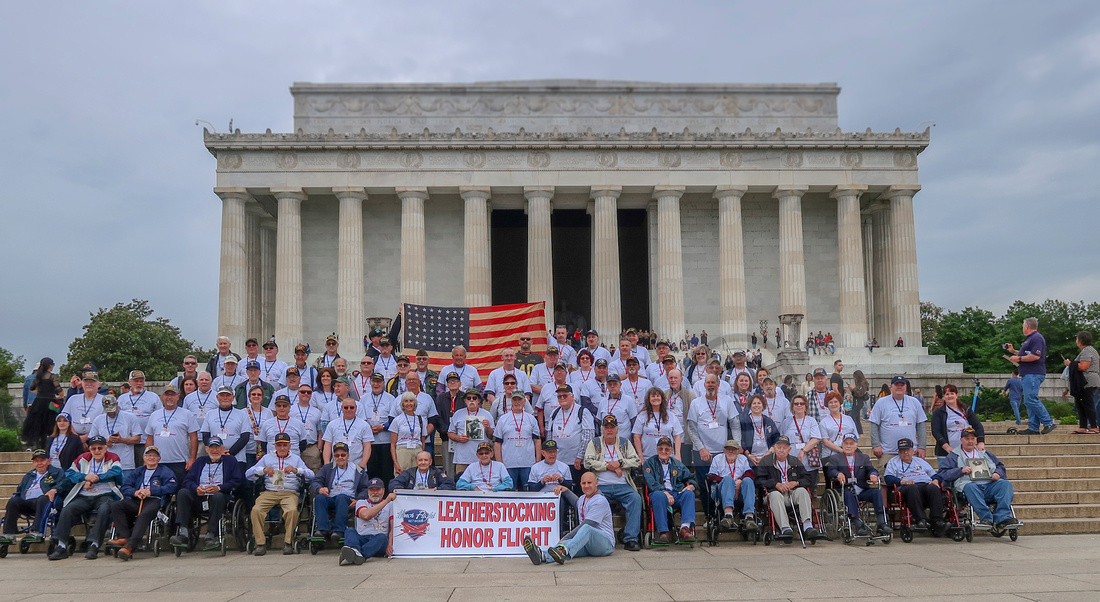