San DiegoThey kept spreading out and I kept pushing the tourists back. Sharp as a tack 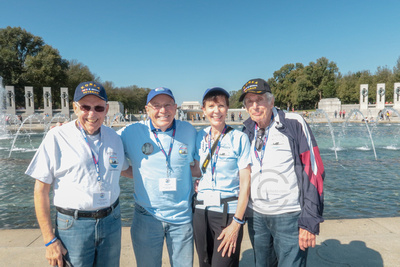 This Saturday started off with Honor Flight San Diego. Dave Smith and  volunteers and guardians flew in with 100 veterans for three days. The photograph just kept getting wider as veterans arrived and I kept pushing the crowds back towards 17th Street.

Twin Cities' Jerry Keyser on the other hand keeps his 85 person group compact in this little area by the Atlantic.   He sets it up using a megaphone and is very precise about placement.  By correctly placing the vets and standing on the wall to make the photo, you can get the WWII Memorial, the fountains, the Atlantic Arch, the Minnesota Column and the Lincoln Memorial in the image. 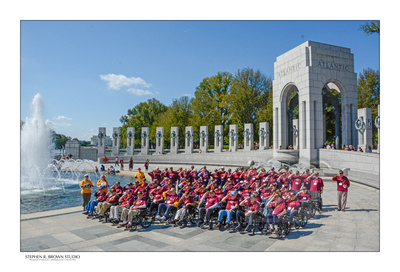 Columbus was next and as there was a ceremony going at my preferred location, Susan Barr and Cindy Kanwar worked with me to squeeze everyone into the frame. The photo lacks balance but it derives substance from all the lovely people. 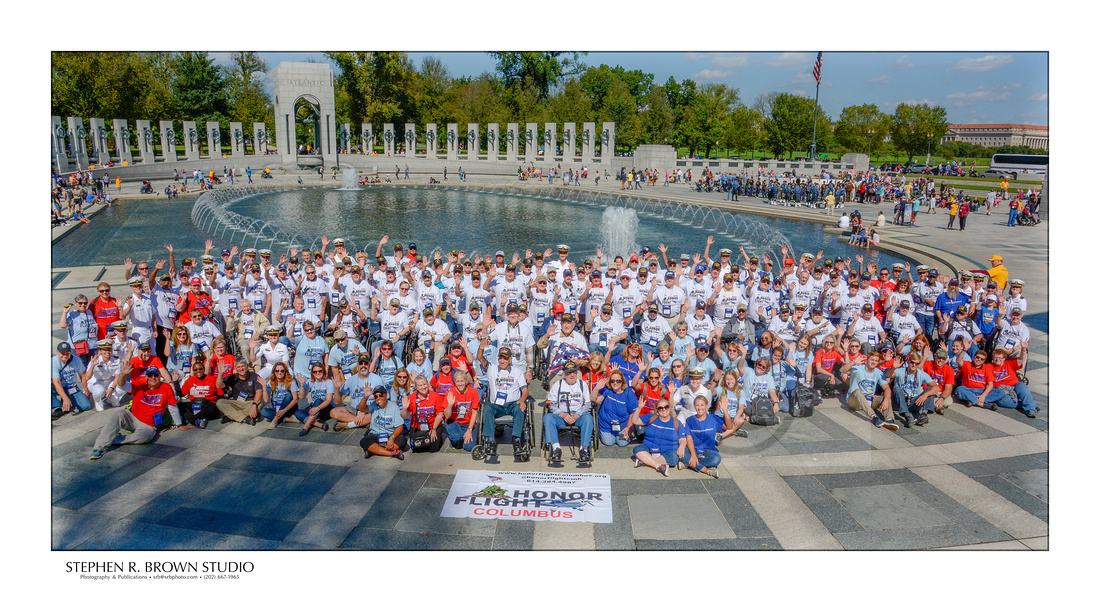 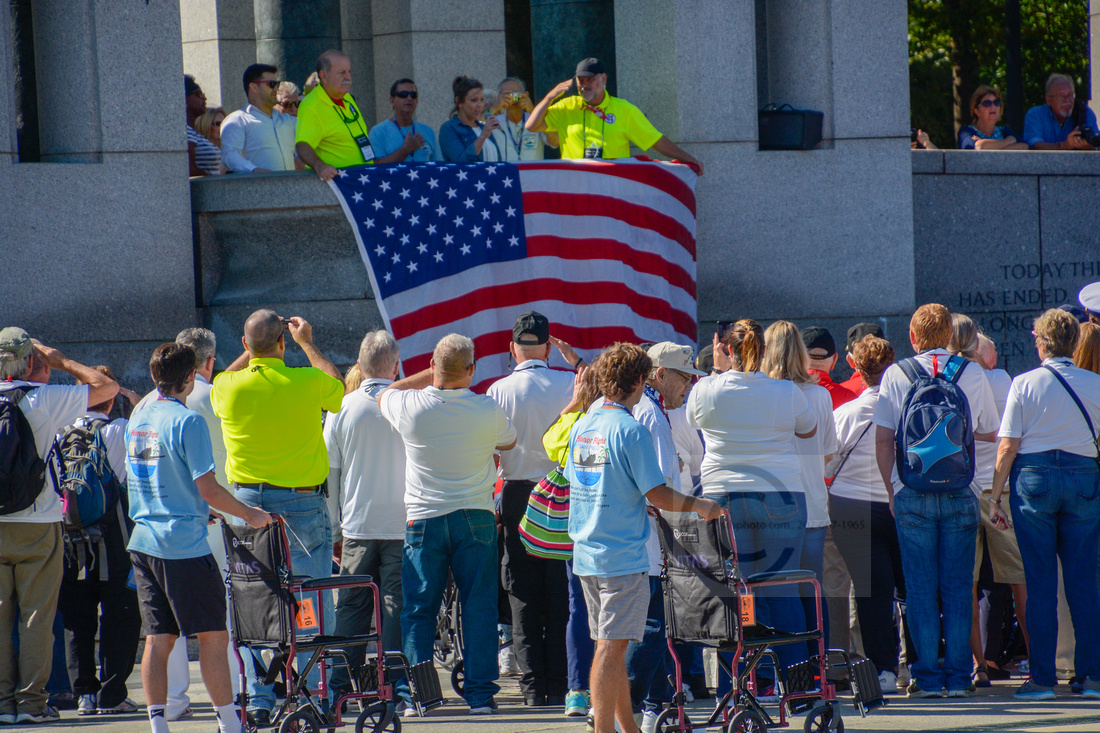 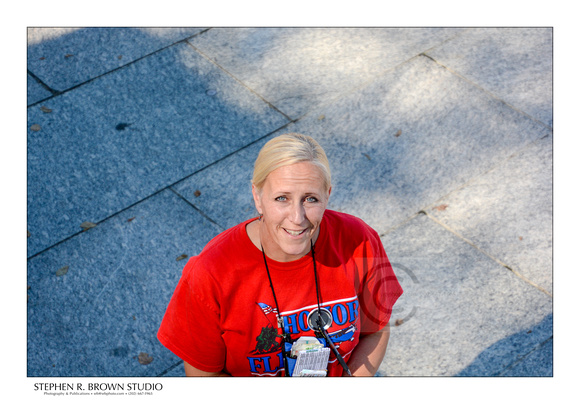 Susan BarrSusan is on her 273rd flight and I can't imagine that she doesn't hold the record for most attended. 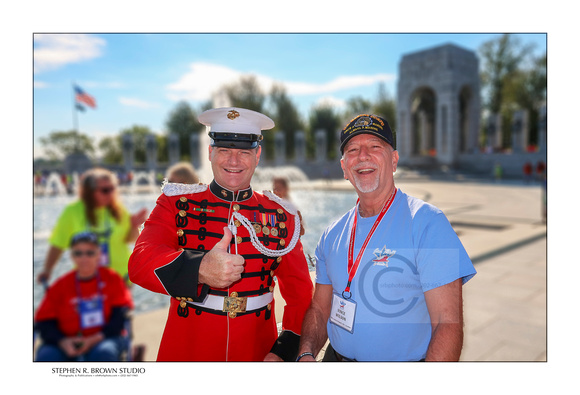 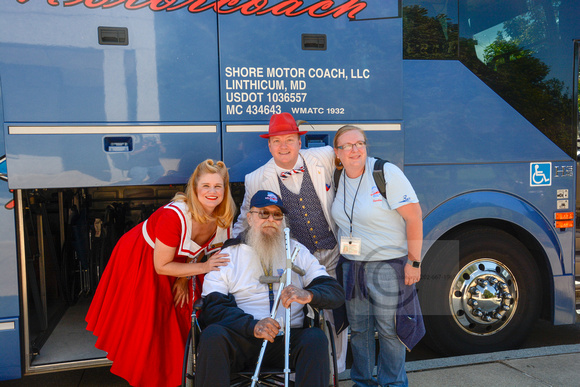 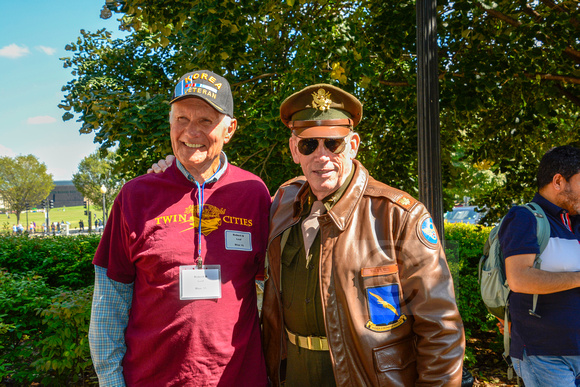 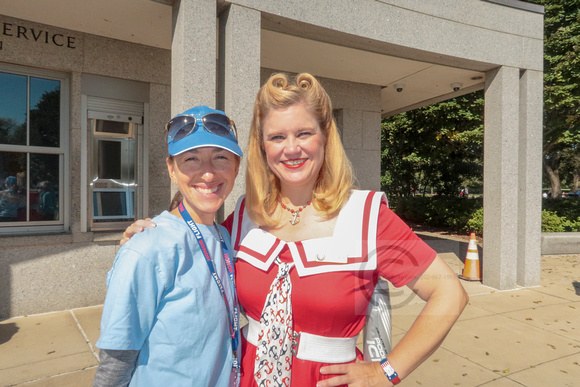 Back on Homeland Drive, our new board member Theresa Werner and James Martin were dancing up a storm with their fellow Gottaswing dancers. Theresa has just been appointed to the board of Honor Flight and she brings energy, enthusiasm and local knowledge to Honor Flight. She is a researcher for PBS News Hour, former President of the National Press Club and in her spare time works for Virgin Airways at Dulles which nets her free travel. She is also a bus captain for Honor Flight Chicago and does frequent stints as a tour guide for other hubs. 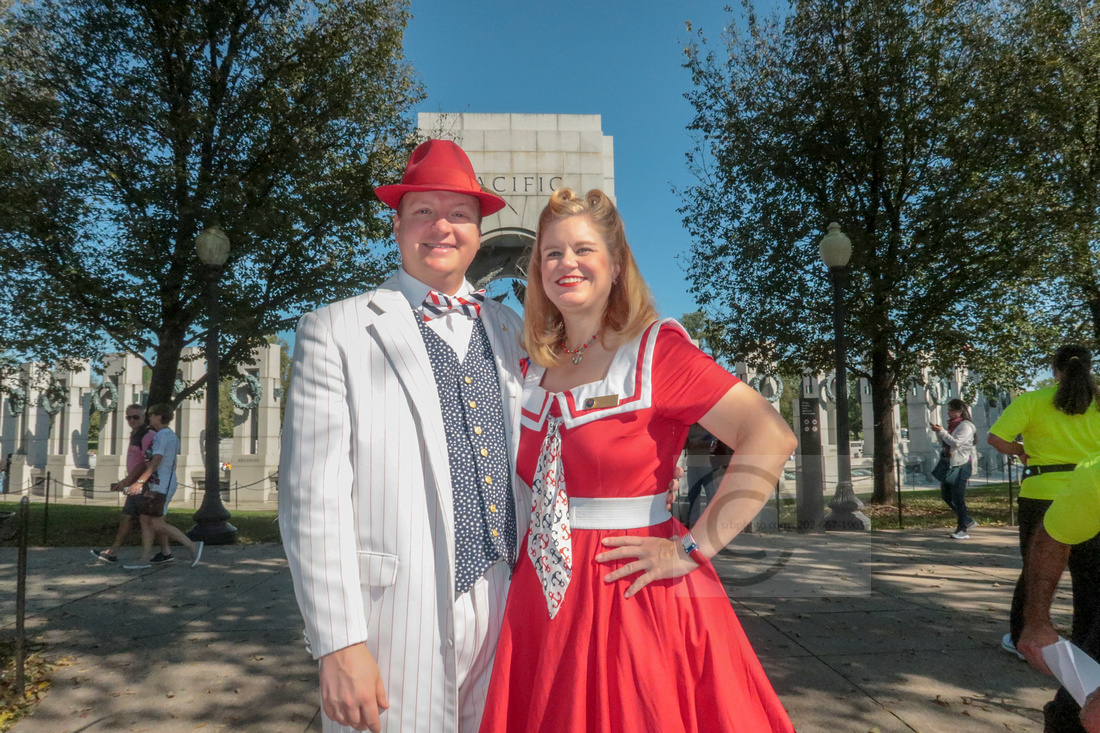 She and friend James manage to get around town faster than an Honor Flight with a police escort. I have seen them at Reagan in the AM, the WWII Memorial later in the AM and Dulles in the afternoon for dancing at the departures. Theresa and James formed "Gottaswing in Support of Honor Flight" several years ago and are frequent fliers literally and figuratively.  He is an airline pilot and she works for Virgin Airways and so they are also constantly in motion. 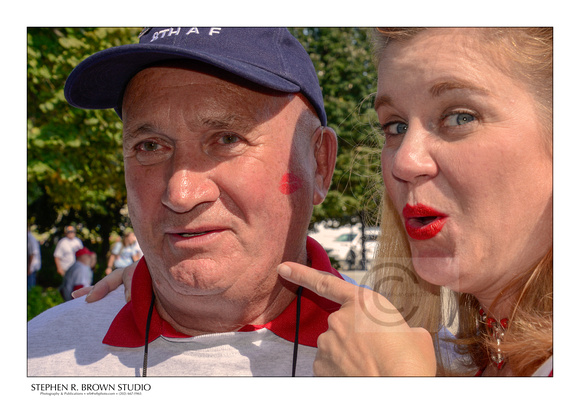 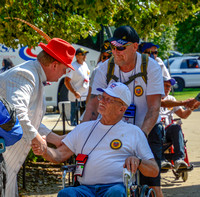 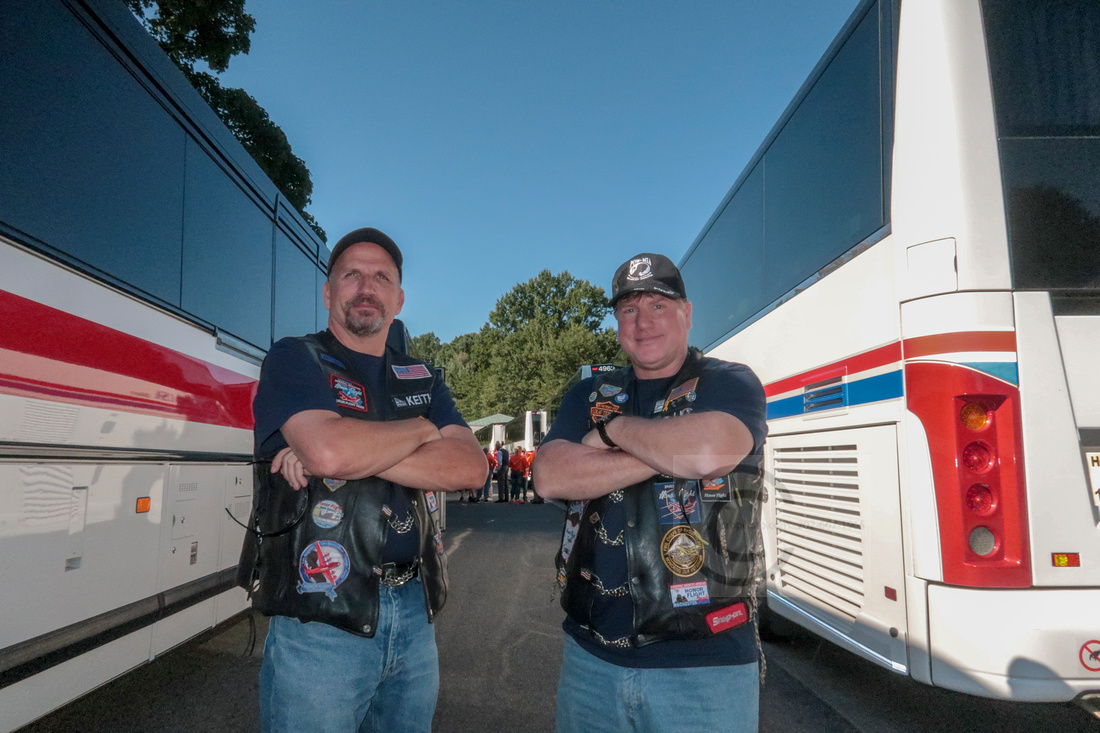 BWI BROWNIESKeith Gentry and John Jefferson in front of double row of buses on Homeland Drive.

I had a chance to wander up to Korea and Vietnam and make some photographs.

Between Korea and WWII Memorial, I got chatting with this couple from Collier-Lee Honor Flight and she showed me this newspaper clipping about her uncles death in WWII she's been carrying since she was a little girl.

For more photographs on this Super Saturday, visit the website