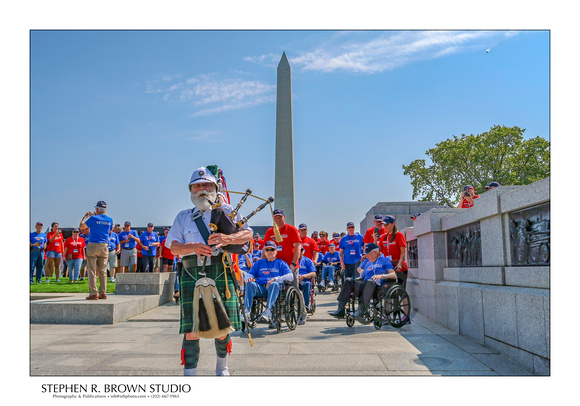 I stopped by the WWII Memorial to photograph Honor Flight of the Ozarks and while waiting, met the bagpiper J.R. Arthur, LCdr, USN (Ret) (and in another season Santa) who to all appearances and attributes was born to be a bagpiper.  As we were both a bit early, I watched him don his gear which took a good 30 minutes as there are swords, knives, buckles, belts, flags, and other items which need to be put on in sequence. 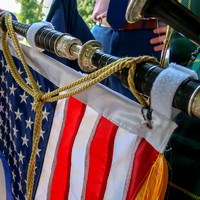 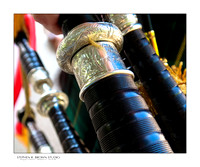 When Honor Flight of the Ozarks arrived, they unexpectedly got off the buses right in front of the Memorial. Serendipity being the rule of thumb, I was able to get one of the more memorable photographs of the year as our merry piper lead them into the Memorial plaza. I don't know if any of it was planned but it worked out nicely.  J.R. also has a extraordinarily loud voice so I was able to use him to organize the group.

J.R. Arthur's email is [email protected] if you are looking to enhance your photographic experience.  He is a guarantee that your images will be a bit richer and your veterans entertained. He's a talker! I enquired of him as to his rates and they are reasonable. He can do more than one flight a day and suggested if he did more than one flight a day, he could further discount.

A group of Navy Officers were being promoted and for some reason their reward was a nice hot run around the Mall.  We got in touch with then and they sang for the Honor Flight veterans. It's wonderful that people in DC recognize Honor Flight and do their best to make the experience meaningful. 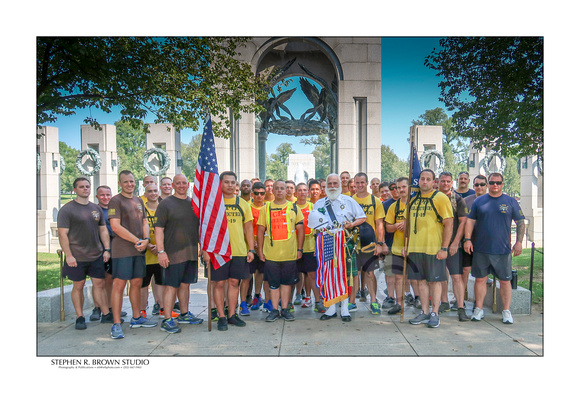