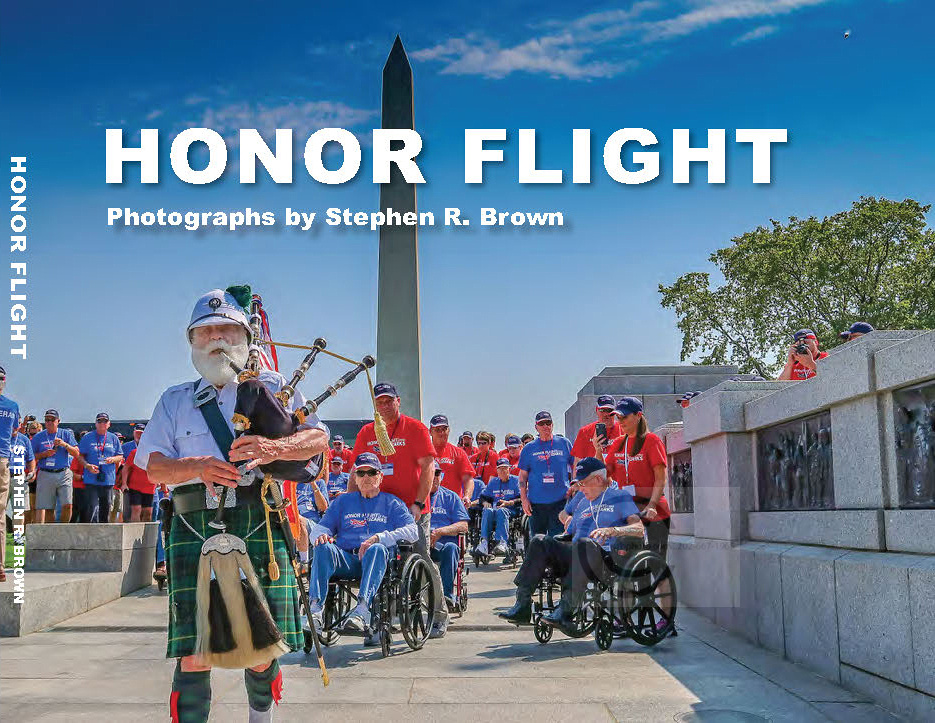 COPYRIGHT STEPHEN R. BROWNThese images are copyright @Stephen R. Brown 2021 and not to be used without written permission

I met Earl Morse and Jeff Miller in the Spring/Summer of 2005 or 2006?  My book on the new WWII Memorial was just out and so I was at the Memorial frequently usually harassing the Park Service to put a bookstore there!  As an "interested party" I was at the first meetings which along with Jeff and Earl, there was Senator Dole and Brigadier General Pat Foote of what would become the Honor Flight Network. They would ultimately devise a network of hubs to fly all those veterans to DC.  Based on the correct "assumption that the guardian paying their own way and the veteran flying for free" worked out to more or less pay for the trip, they were off and running.  I decided to take notes and sixteen or so years later, here they are.

I was there frequently for World War II events and as the Honor Flights started rolling in. I began to get some pictures of the Memorial with ....Theresa Werner and her dancers, Dave Nichols and the Allied Airmen, George Kerestes, energetic hub leaders like Mary Petinato and record setting fund raisers and stadium filling doers like Stars and Stripes began showing up.  The White House News Photographers showed interest and newspapers and magazines began to do pieces on Honor Flight and the newly built World War II Memorial.

My enthusiasm for the program is evidenced in the newly designed 98 pages which I have put up.  I began my career as a photogapher and writer for Time Life Books which was in the late 70's and 80's a going concern and a great place to learn to put books together. As I have often said..."better than working." We are on the planet for a short time and honoring our elderly is a noble cause.