For the fourth edition of DC  PHOTO BOOK, I made images of the new Frederick Douglas Memorial Bridge and adjacent waterways.  Maine Avenue (the Channel) and the Southeast areas were run down until the stadium was built and a focused group of builders set loose on the city.  Now, we have Congressman and Senators living on boats and the Maine Avenue Channel has become so popular with boaters that  the military is trying to limit civilian access to the waterway which not so surprisingly enough is where the Officers Club is.  Leaves a long-time Washingtonian to ask..."is that about national security or the Officers Club?" 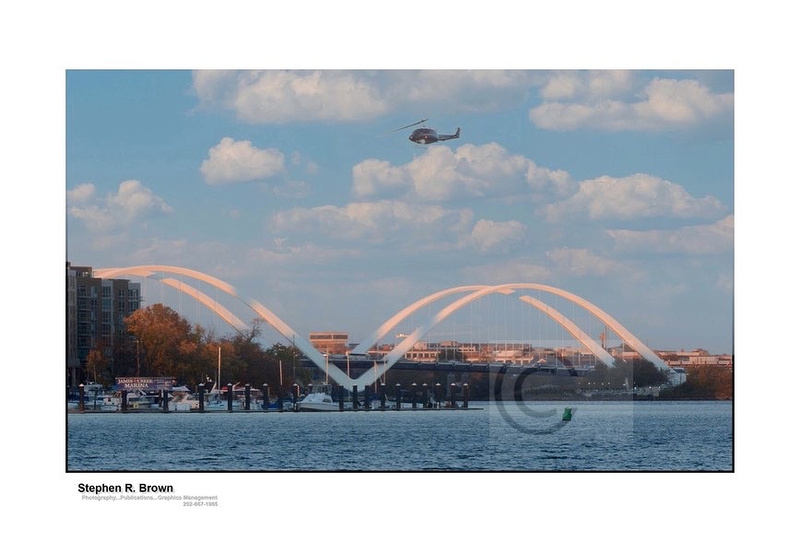 On the North side of the bridge, we have "Capitol Riverfront" as its known.  Twenty years ago, the area was composed of derelict garages and run down buildings (see page 155) and is now an architectural free for all (below).  Looks like all the architects...freed from height restrictions and encouraged by the city...went crazy.  I began the third chapter of the book entitled THE NEW DC with the bridge as it symbolizes a new bold DC seeking but never achieving a vote.