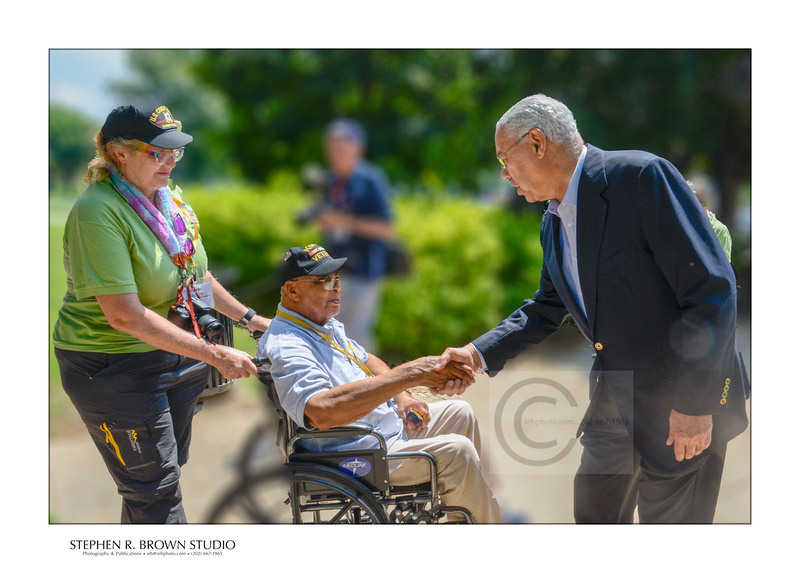 Honor Flight Chicago was out in force yesterday with one hundred Korean veterans and easily twice as many Guardians, Medics, Police Escorts, Water Bearers, 14 Radio Wearers, and Photographers. I met them at the Air Force Memorial. Most of the guardians are regulars so everything is very precise.

When told General Powell was going to meet us at the WWII Memorial, I took a cab over to meet him.  I have found it helpful to explain to dignitaries what will be happening and try to form a course of action to allow them to shake as many hands as possible. If they are comfortable and you provide an exit strategy, they'll be back. General Powell is a regular and Chicago has been lucky to get him as he is often traveling. 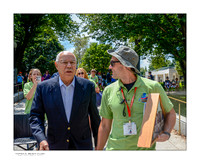 Having worked with him before, we allowed the veterans to start assembling for the ceremony and followed them in. This was our most successful photo voyage to date as he was able to shake the hand of EVERY veteran and quite a few guardians and active service members.

As I am not a veteran, I don't feel comfortable with saluting but in the photo corps, it's the "bump" and the bump it was!  Steven Pearson caught it and it is now my profile picture.  Thank you Steven Pearson! 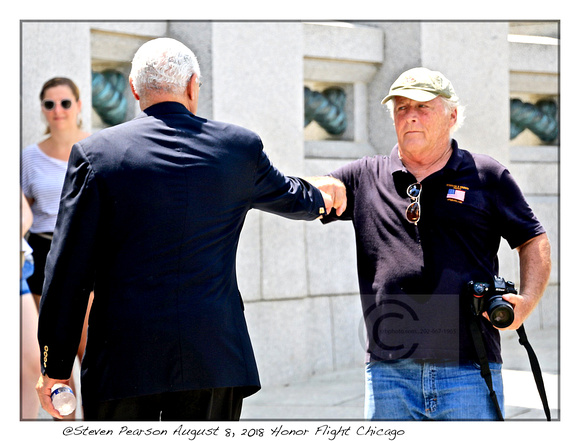 @Steven Pearson 2018 General Powell and I "fist bump" after a successful photo round with several hundred people. Fast pace with many pictures.

As we were leaving, he paused under the Eagles for a minute and looked back on the ceremony.  Looked like he was thinking of blowing off the day...interesting...

Hmmm....I wonder if he'd like to be a guardian?