Today, I met Honor Flight Chicago at the Air Force Memorial. We were quickly enroute to the WWII Memorial.  On hand were greeters George Kerestes, Barbara Hoernig Singleton and Sidney Wade who  greeted the veterans as they entered the Memorial.  Before he retired, George Kerestes used to come down to the WWII Memorial dressed in a suit and an American Flag tie.  I suppose it was inevitable that he holds the record for most time volunteered at the Memorial. 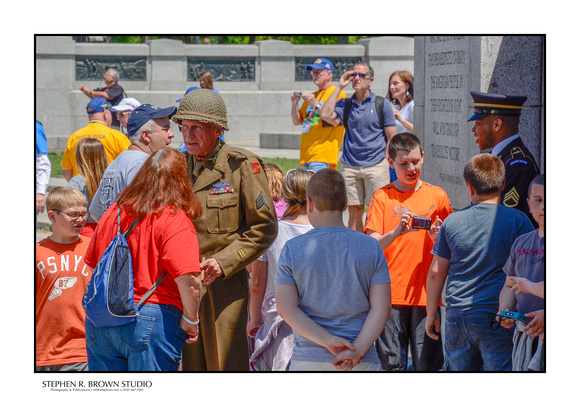 Living HistorySidney Wade is part of a group of Living History Re-enactors who work with the National Park Service. 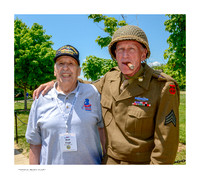 George Kerestesfore he retired, George Kerestes used to come down to the WWII Memorial dressed in a suit and an American Flag tie.  I suppose it was inevitable that he holds the record for most time volunteered at the Memorial. 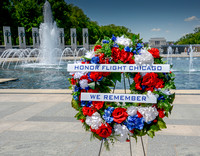 This is Honor Flight Chicago's eighty-fourth flight and my eightieth visit with them. Jenny Brawley was in charge of todays flight and her plans went very smoothly producing as always a good number of great moments! It's easy to make good images with great planning, great subjects and a picture perfect day.

These are few images I grabbed of veterans during the cememony 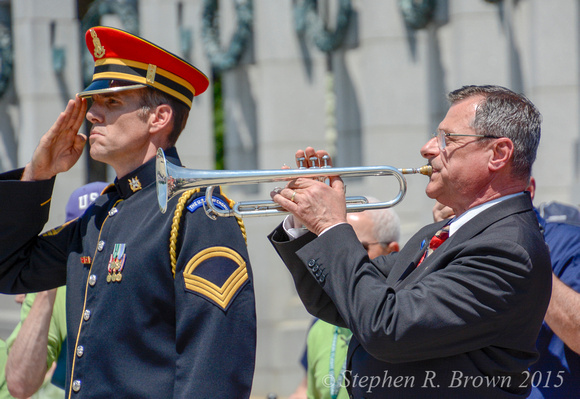 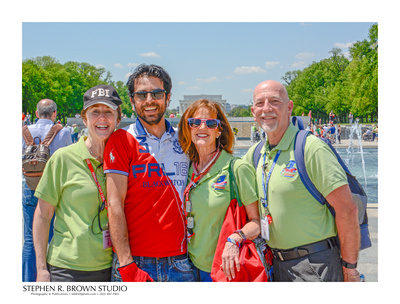 John Ptak, President of Honor Flight was pointing out the sites as we sped thought traffic to the Lincoln Memorial with National Park Policeman Larry Holmes at the lead.  Not only is the police escort good for getting where you are going, it's even better for parking when you get there. When you've heard a Park Police Escort say "Dave (Nicols)...where would you like those buses?" .... you know we are in good hands. As long as Honor Flight can make this arrangement for Escort Service, we should treasure it.

At the Lincoln Memorial, we once again assembled on the Plaza and with the beautiful Reflecting Pool and Washington Monument in the background, the Marine Corp Silent Drill Team gave a great performance. The Marines lingered afterwards and as it turns out that one of our vets used to be on the Silent Drill Team. 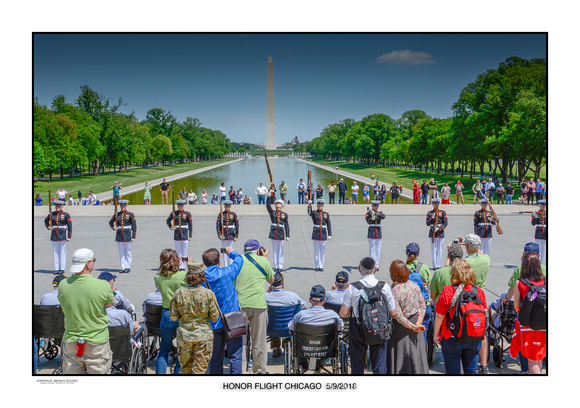 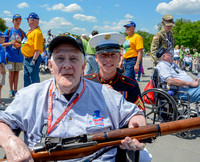 After the ceremony my assigned location for photography was the Lincoln Memorial where a few veterans and their escorts came up to see the view.  There were groups of students who approached all of the veterans up there and posed for pictures with them.  it was very touching and perhaps my favorite moment of the day. 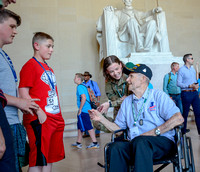