LIVING IN PARADISE:  AM

Saturday AM.  Court Van Sickler of Honor Flight San Antonio had started to arrange his group for a photo and so with little to do, I made these images.  I like this setup for groups because it contains a lot of symbolism...fountains, columns, Wall of Stars and the Lincoln Memorial which make the location obvious and lend the image weight.  It is also the best side for the lighting on the faces of the veterans so whether it's for presentation as a gift or for fund raising, it's worth getting a beautiful image. 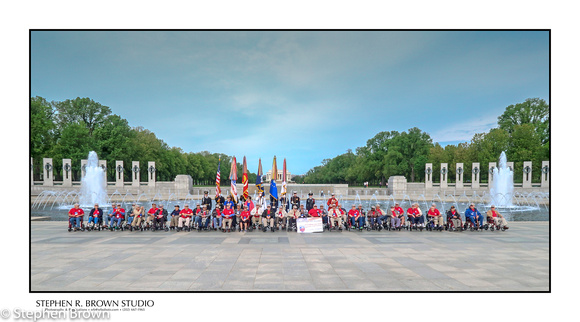 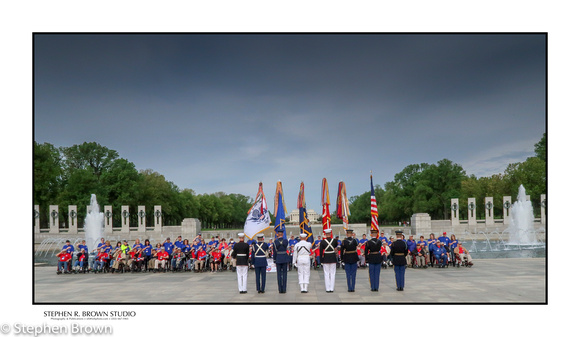 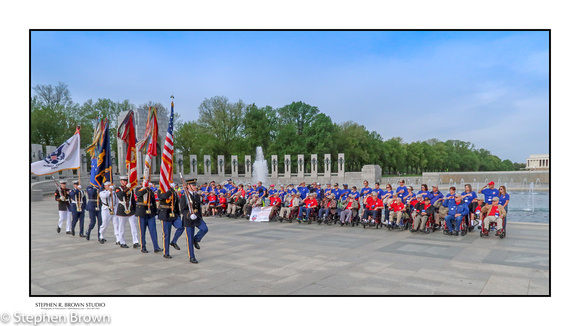 While waiting for San Antonio to assemble, there was a young fellow nervously practicing his trumpet--obviously a big occasion.  He did a great job and I managed a portrait of him and his proud mom as they left the Memorial.  I keep making these small compositions of friends and family as they intrigue me. 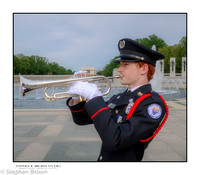 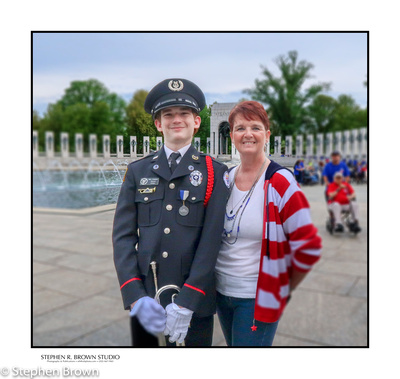 I was delighted to see Laura Nelson Bolick who is a tireless volunteer temporarily sidelined by some knee work (obviously "sidelined" means different things to different people. She was guiding the Honor Flight San Antonio flight and I can't imagine her sidelined for anything.  George Kerestes is always on hand Wednesdays and Saturdays and has been visiting and volunteering at the Memorial for sixteen years with no option for retirement.  Vince Wilson along with James Martin, Theresa Werner, Kit Stevenson and Jenny Brawley are the regular Gotta Swing group, a former Marine and both the most precise and polite gentleman I have met in a long time. 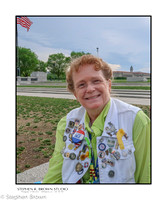 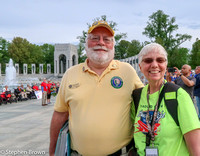 The Memorial was absolutely hopping at this point and San Diego arrived and we made a group photograph with their flag which in addition to being on the moon, is pretty extensively traveled. 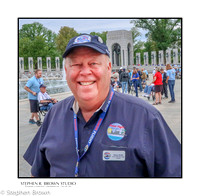 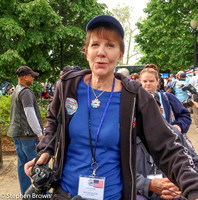 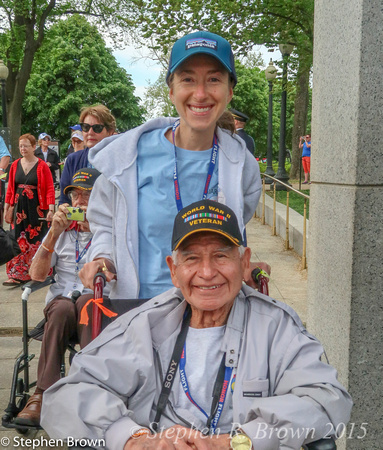 Lauren BuryckaLauren Burycka made national news last week for carrying a veteran some seventy feet to his wife's grave in Arlington. 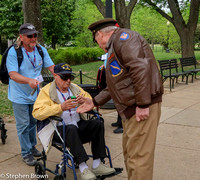 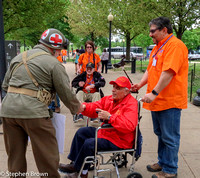 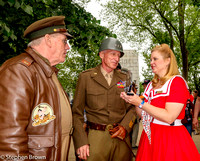 I finally made it to Homeland Drive where the activity had been ramping up and the Allied Airmen's Preservation Society had rolled a 1940 Packard on the entryway for display.  John Liscweksi, Sid Wade, and C. Patrick McCourt were greeting veterans and the Gotta Swing dancers were dancing about the Mall or kissing veterans.  I was still wearing mine at dinner last night. 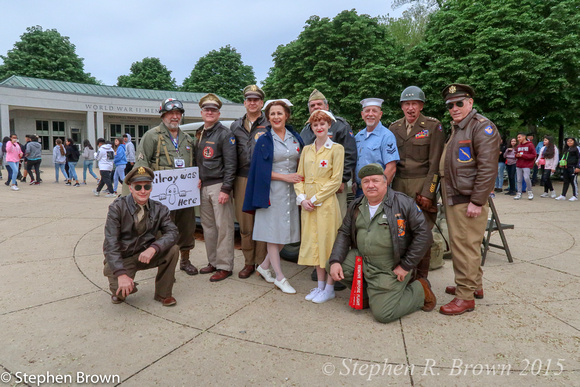