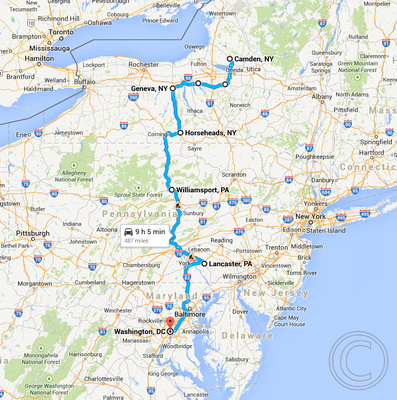 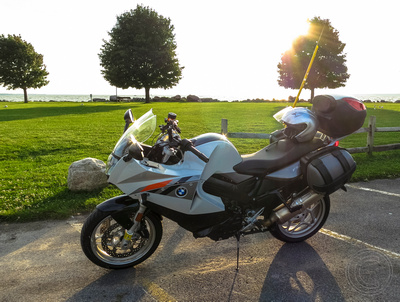 A "find" on a BMW F800ST motorcycle located just above the Finger Lakes in Camden, New York presented an opportunity for a perfect late Summer ride.  I try to buy used motorcycles in locations as far away as I have time and can reasonably ride home. This gives me a certain flexibility and an opportunity for a good deal.  I am not so much looking for a "great deal" (although I've done pretty well) as I am a" great ride."

I have to carry books and cameras around Washington, DC and like a narrow profile for lane splitting (legal here in DC) and hard bags. Riding a motorcycle allows you to park quickly just about anywhere on the National Mall and particularly at the WWII Memorial where the fines for cars parking are $250.00.  A small light bike can be tucked away and the National Park Service police have been great about ignoring me.  The F800ST has been on my radar since it first came out. It is light, narrow and has integrated luggage.  It's also got ABS brakes, a belt drive and "looks" sensible!

In 1988, I spent four weeks in the Upstate New York working on a chapter for a Nattional Geographic book:  "America's Great Hideaways."  The editorial "wish list" was both encyclopedic and exhausting::  Fall foliage, boats, hot air balloons, gliders, museums, sailing and the Finger Lakes themselves....an enormous area.   Worse yet, I arrived after Labor Day so boating on the lakes was non-existent, the leaves were falling fast and it seemed the rainiest Fall in history.   Every article demands "centerpiece" photos and as the Finger Lakes have a long and illustrious aviation history so I managed to make these two notable aerial pictures the centerpiece pictures for my chapter.  The images were spectacular enough that no one noticed there was NO BOATING pictures!  This little expedition seemed a good time to rectify that.  The seller and I agreed on a price and concluded it through Ebay and I used Paypal to move the money.  Ready to go! and with few expectations  and a bit of knowledge about about the region, I set off

A Note about Evaluating the Bike in a Long Distance Sale 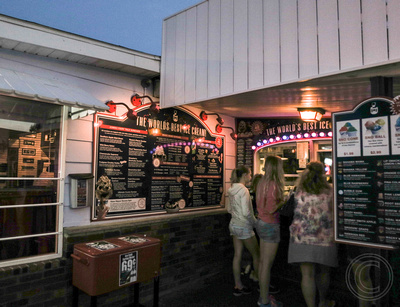 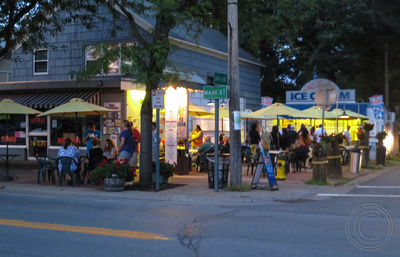 I checked in, unloaded the bike and had a chance to get accustomed tho the new bike exploring the local roads, the shoreline of Lake Oneida and the Sylvan Beach Park..  One of the entrances and Marinas built along the Erie Canal system enters Oneida Lake  at Sylvan Beach.  My brother Dan had taken his Belkov cruiser up from Long Island through the Canal system on his way to Montreal.  Our traveling paths intersected several times along the trip. 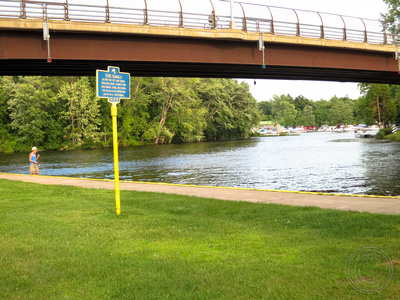 erie canalGravitating naturally to the waterfront, I found this entrance to the Erie Canal 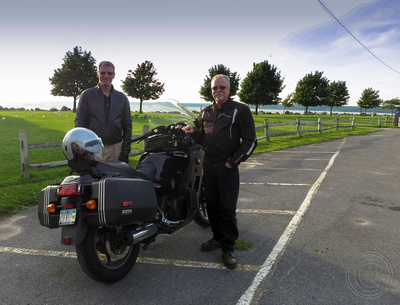 While wandering the waterfront, I found this entrance to the Erie Canal and ran into some fellow bikers and we talked bikes.   In Sylvan Beach,  everyone seems to have one or two or more and it's considered quite "sensible".  Sylvan Beach like many upstate New York communities has a Wednesday "car night". The enthusiasm for motorcycling and cars in up North must be directly in proportion to the short riding season!  Jim Laribee  gave me the scoop on the most interesting roads from Camden to Seneca Lake and I had an extraordinary day.  The BMW behaved just like I thought it would...smooth, quick, light and leisurely.  The Brembo brakes with stainless steel lines are extremely effective.  They are so impressive that I have changed out the lines on my Suzuki. 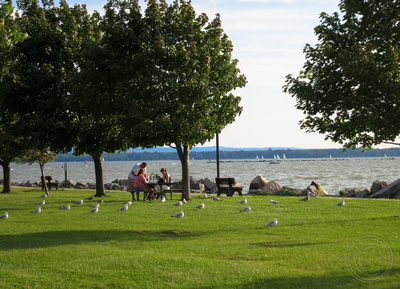 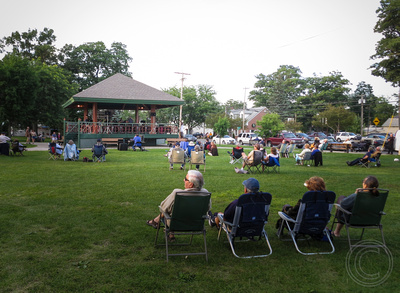 The town ceter is a gazebo where a very cool jazz band played for a couple of hours and I was able to hear jazz as I strolled around s a local amusement park.  Might be another book but lets get on with this delivery 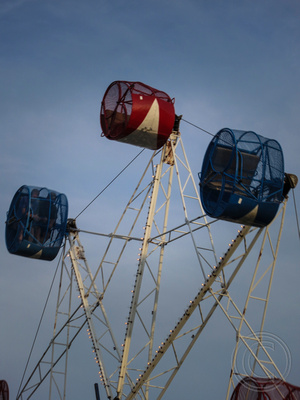 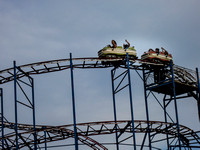 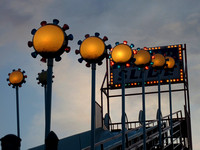 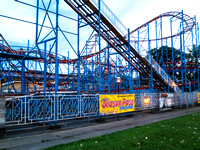 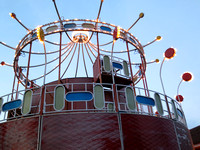 Thanks to Jim Wilbu'sr (ck sp) execellent directions, I took Route 13 South right out of Sylvan Beach took me along the Eastern shore of Lake Oneida and after stopping any number of times to photograph, I had to remind myself once again that this was a "delivery" and not an assignment.   I rode about forty miles of beautiful road (Routes 13 and 23) and then went West on Route 20 which is the road that keeps you at the Northern end of the lakes and is just perfect for a motorcycle ride.  I also had the opportunity to visit Chittenango Falls and stop for this picture.  One of the biggest problems with scenic photography is getting your car out of the way and a bike makes it easy...and dangerous if you are not careful. 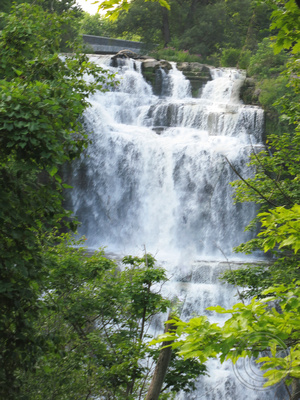 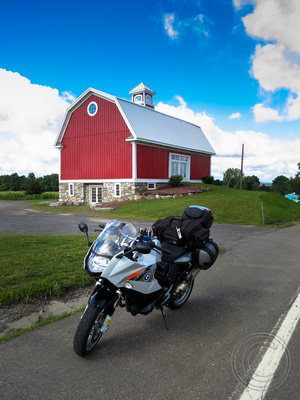 I stopped briefly in the town of Skanateles for coffee  and watt in this beautiful park.  I had made the balloon photographs with Skanaeteles in the background.  This part of New York state was America's financial frontier prosperous and New York State has begun a tax program to draw tech industries to the surplus of beautiful real estate and an well-educated labor pool. Unfortunately, it's no place for a motorcyclist in Winter!  As you can see in photo( right below), some of America's largest industrialists (Rossevelt, _____,, Stanford White....) built their houses along the lake.  In addition to exploring any number of antique stores, the lake can be exploreed by bike ,Kayak or more luxuriously in the __________ steamer ferry. 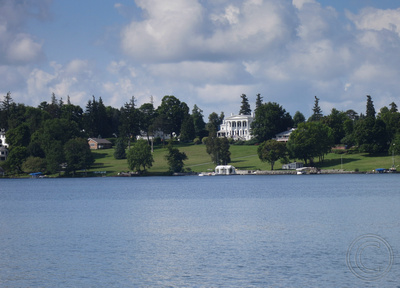 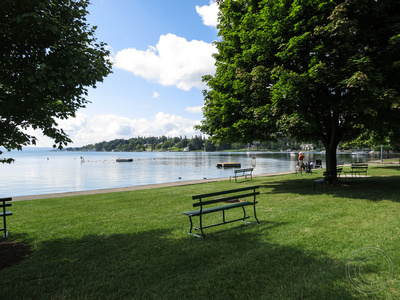 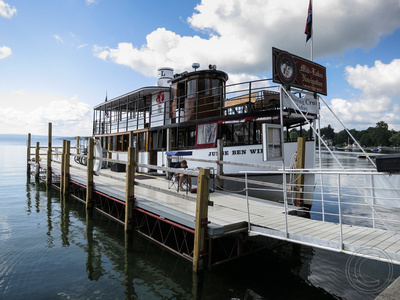 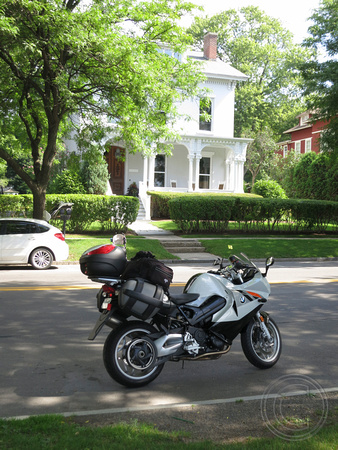 Following Route 20 West, you pass through Auburn, New York which is right on the Erie Canal and you can see they are restoring the beautiful warehouse right along the Canal.   Delivery in mind, I continued along 20 and after an hour took a left into what proved an amazing find...one of New York State's great public works--Seneca State Park--located right at the top of Seneca Lake and a beautiful opportunity to explore the lake. The Park has a number of public areas including a Marina.  I took an hour lazing under a willow tree and gazing at the clear waters of the lake. 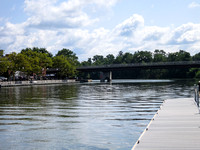 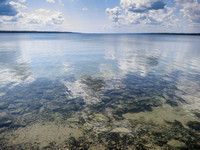 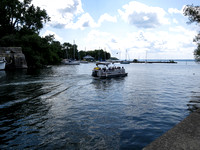 Just after Seneca Lake Park, you merge with Route 14 which is as "highly scenic road" as it parallels Seneca Lake for almost forty miles and scenes like those above and below abound.  .  The Finger Lakes are "wine country" and it is rumored that the proximity of the grapes to the Lake and other variables make for the excellent varieties of wine available in this area.  Geneva which is at the top of the lake is also the site of tourist facilities like Belhurst Castle which it is rumored has wine coming out of the taps just outside guest rooms! It was apparently built by a bootlegger running spirits in from Canada. 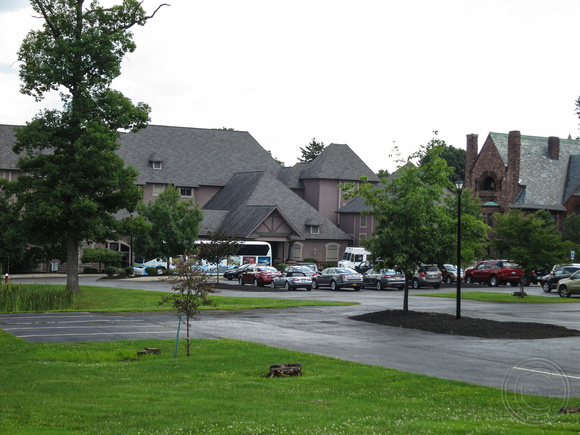 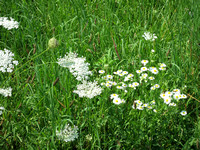 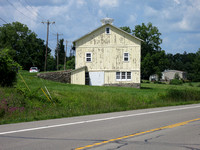 I had booked reservations whimsically at the oh so aptly named "Gorgeous View" hotel whose room refrigerator was stocked with "free" fruit juices and snack bars and chairs outside the room to take in the expansive lake view.  Well worth the stay and just a mile or two North of Watkins Glen .  Highly recommended  as a quiet and comfortable place to rest.  The Glen Motor Inn just across the road has great food and more great views! 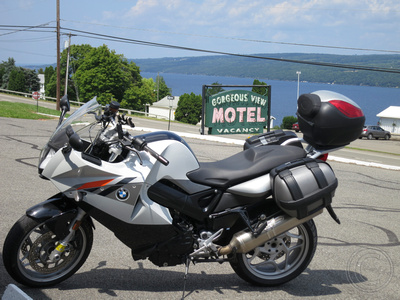 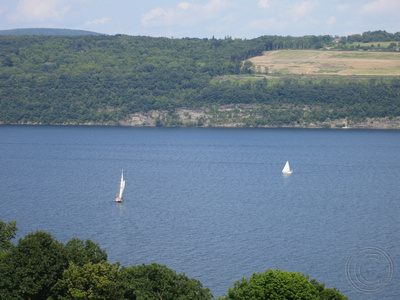 After a short nap, I rode into Watkins Glen and found all of the boats I had been looking for twenty five years below.  I remember walking out to the Seneca Pier (below left)  in the pouring rain and thinking this could be a great place to photograph s if we just had sun and light.  If you keep coming back, you get what you need  As you can see, there is plenty happening on the Lake.   NASCAR was in town to race at Watkins Glen.  The traffic was pretty heavy and the BMW proved extremely nimble. 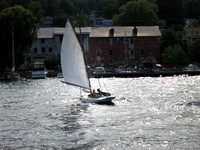 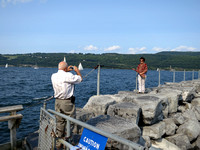 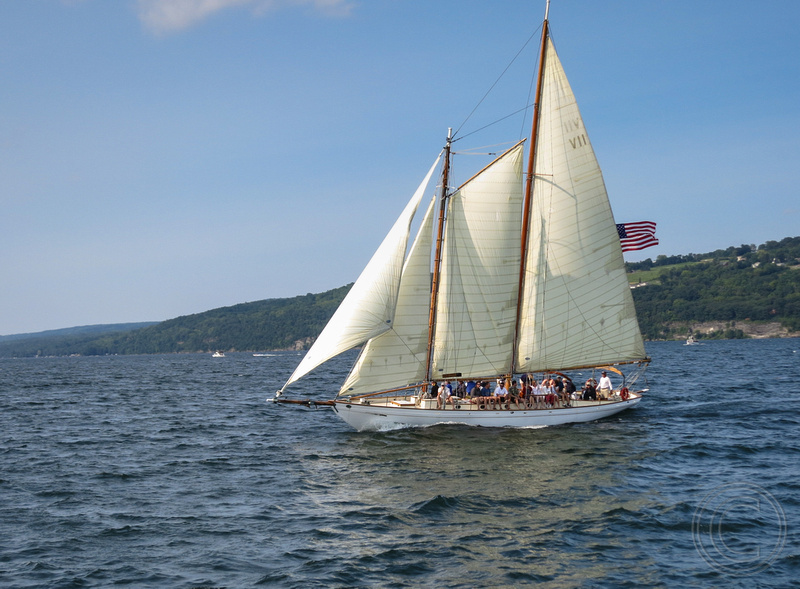